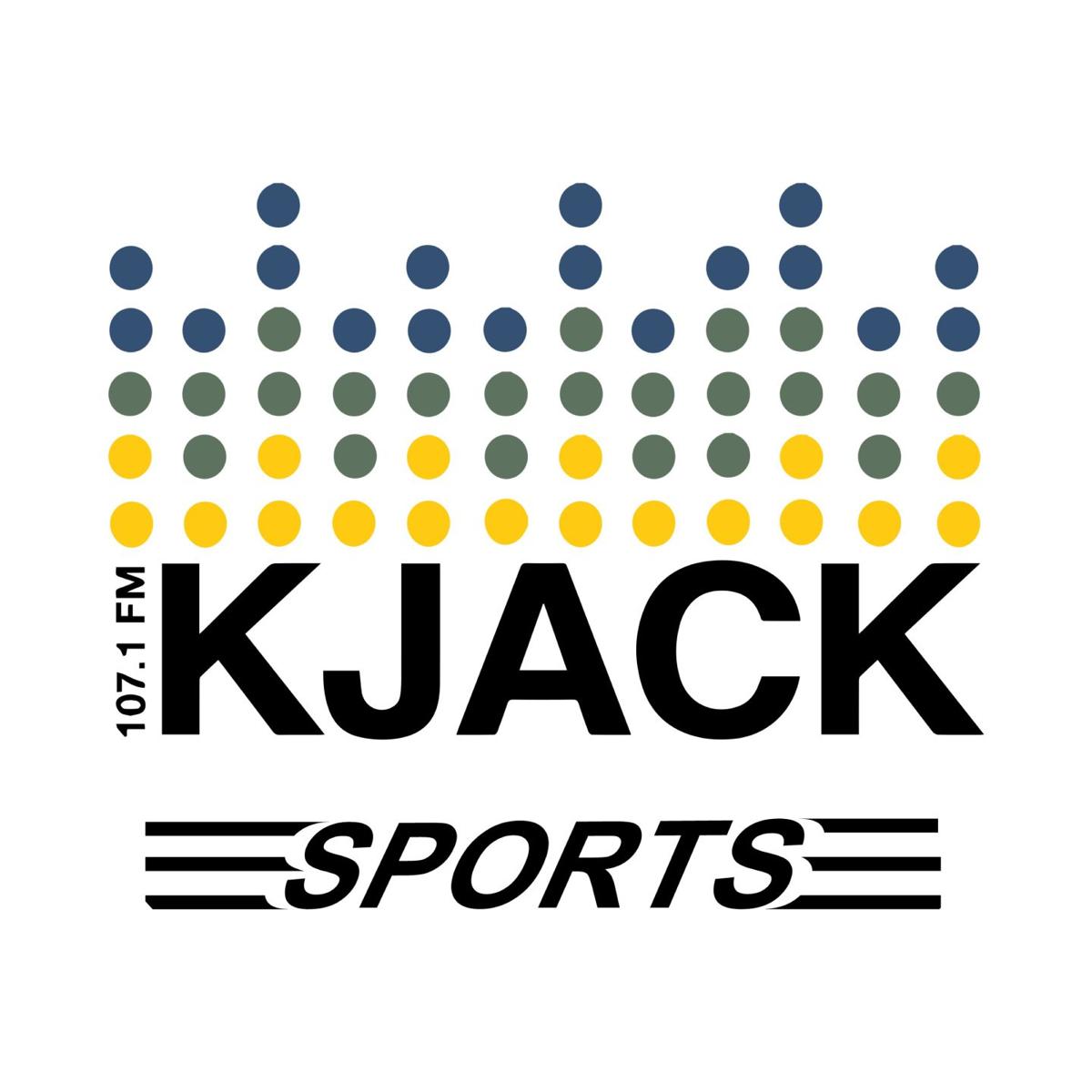 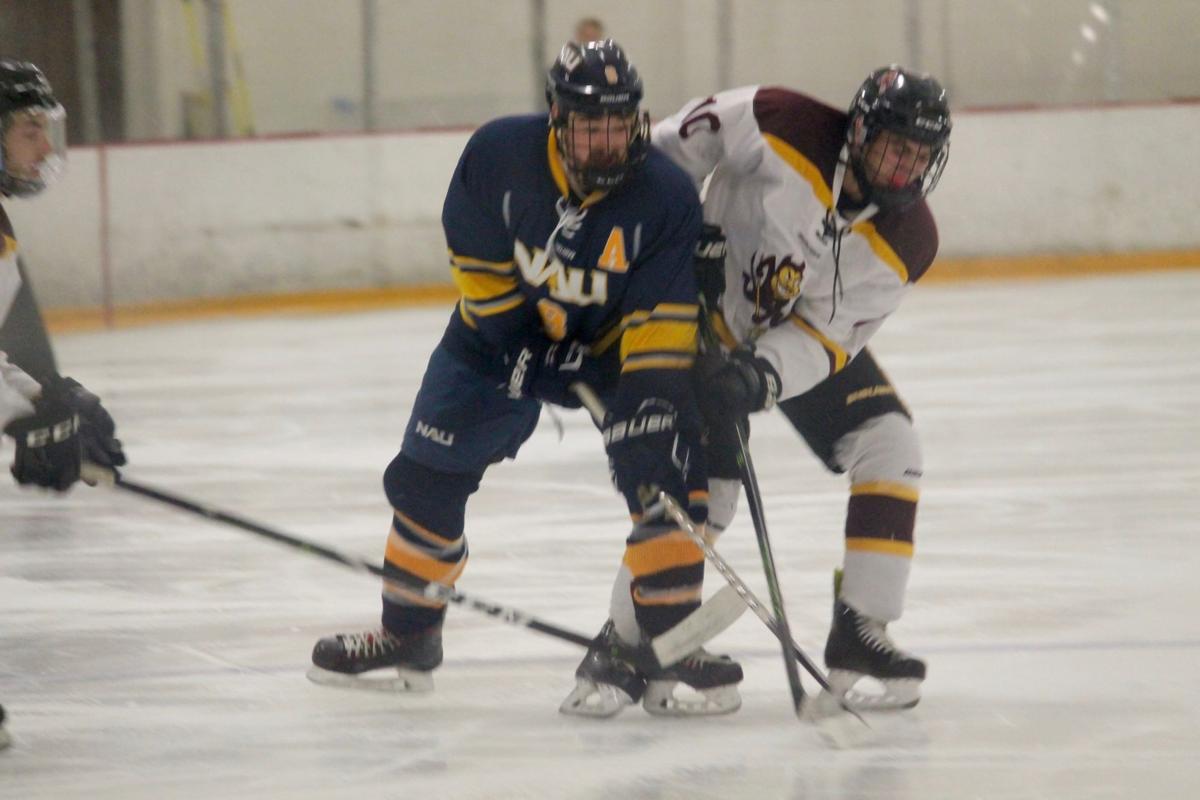 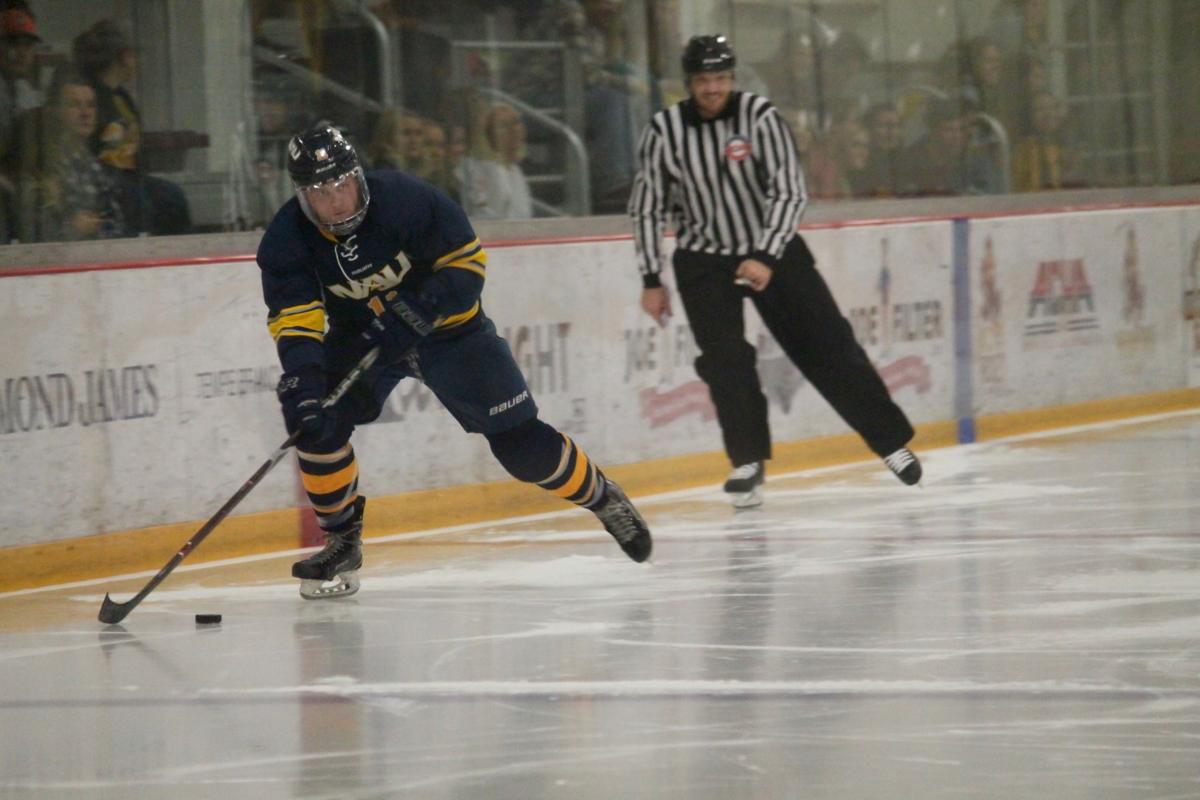 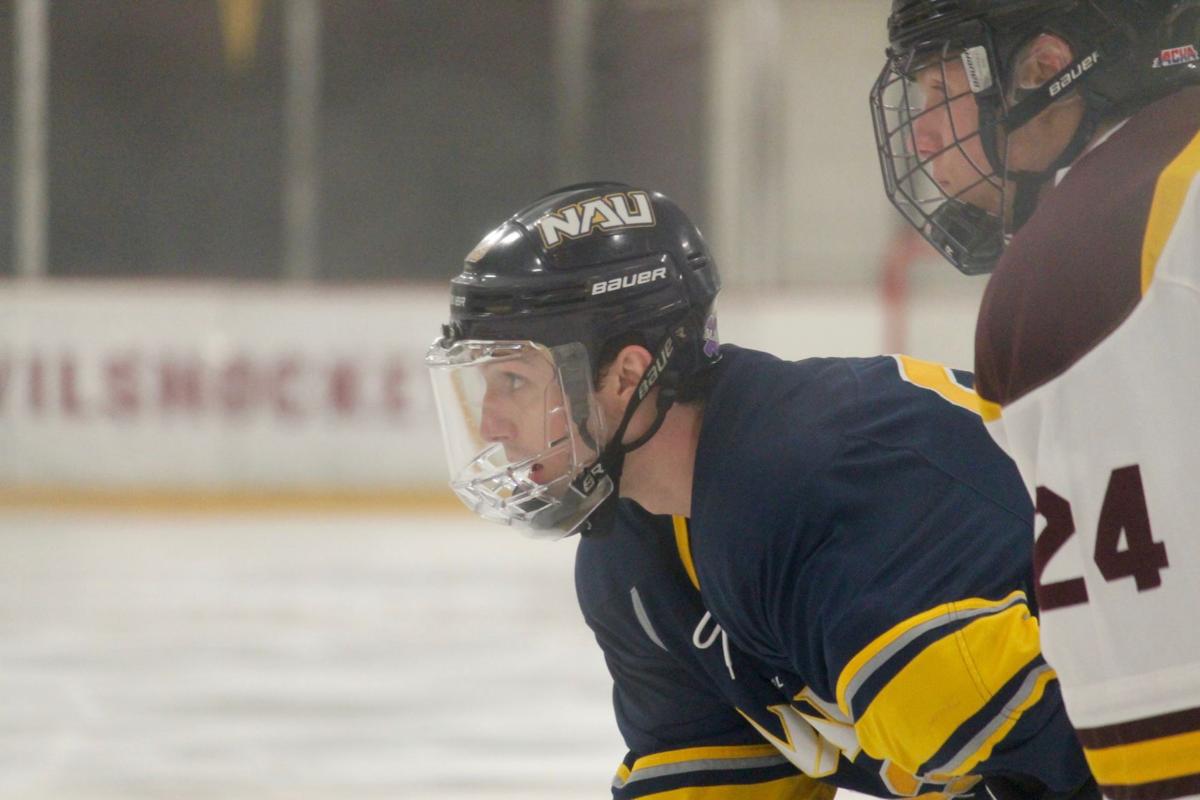 The NAU D2 Ice Jacks secured their first win of the season on the road against ASU D2 with a final score of 5-3 in Tempe last night.

The Ice Jacks’ defense shined above any opportunity ASU’s offense could make happen throughout the game. It started with new NAU starting goalie Christian Ross, who moved up from D3 after battling a knee injury last season.

“It feels great to be back,” Ross said. “I just wanted to come back and get the game started. The team backed me up in every little step. They made sure all the shots were coming from afar and at the points. We had very few mistakes and that is the only reason we came on top.”

The first period NAU brought the intensity by making clean hits and preventing ASU from getting close to Ross’ zone. By knocking ASU against the boards, they were able to keep the puck in their possession, making an unbreakable defense. Offense was able to do their job and assistant captain, Lucas Lomax, was able to score by the end of the first period with 50 seconds left. Lomax was responsible for three out of the five goals, and achieved his first hat trick of the season in their first game. He scored his other two goals in the third period, with help from Reese Kieffer. Lomax and Kieffer got control of the puck while ASU was on a power play and successfully completed a short-handed goal on a breakaway. Lomax finished his hat trick off by scoring on NAU’s power play in the middle of the third.

Lomax played with Reese Kieffer for the last few years, but this is the first season he is also playing with Alex Shupe on his line and it has been successful so far.

“My linemates were there to create the opportunities and I just put them away,” Lomax said. “We are pretty good friends so I think it is that friendship that builds into the chemistry.”

The second period was a little slow for the Ice Jacks and they allowed ASU’s offense slip through and score twice.

“That second period wasn’t the best, I think it was kind of a roller coaster of emotions for a lot of the new kids since it was their first college game,” Lomax said. “We have a lot of freshmen on the team, since we graduated a lot of seniors last year. I think it is just a matter of starting to manage our emotions a little bit better. But the way we regrouped in that third period and came out and got the win was a pretty good test of character for a lot of the guys on the team today.”

Not only did Lomax get a hat trick in the third period, but Malachi Bushey scored on an NAU power play and Kieffer shot an open-net goal after ASU pulled their goalie with 2:30 left in the game making it 5-2. The total shots on goal for the game were 39 for ASU and 42 for NAU.

NAU faces ASU again tonight at 6:30 p.m. at Oceanside Arena and Lomax hopes to have the same energy they had in their first game in order to win both of their away games.

“We just need to manage our emotions a little bit better and just come out with the same intensity we had and kind of weather their storm a little,” Lomax said. “They like to come out in the first five minutes pretty hard. So if we weather that and just get the pucks deep and go to work and wear them down with hits — we will get our opportunities, it is just a matter of capitalizing on them.”